Use your noodle and go to Star Noodle House 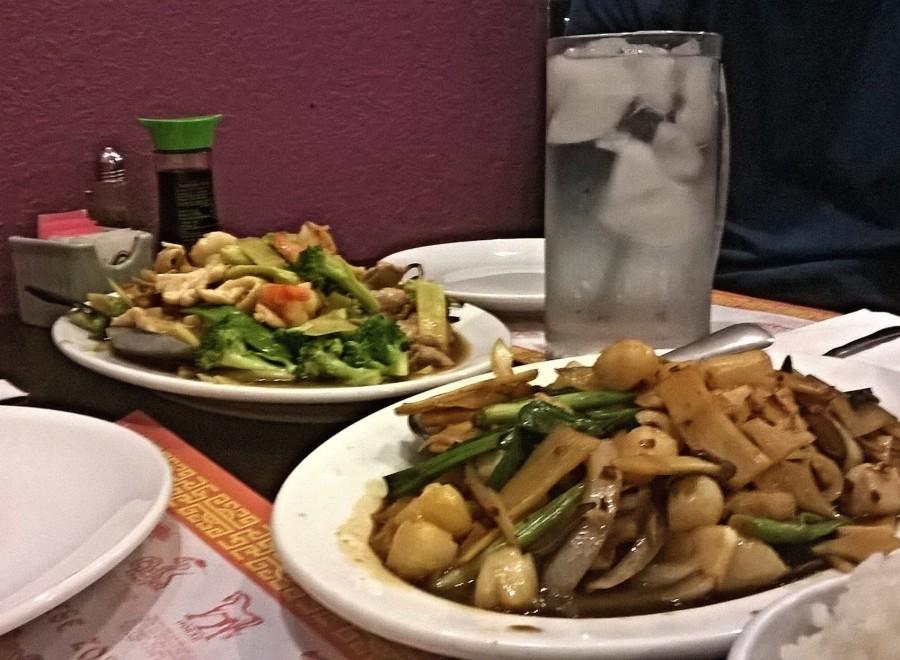 The house crispy pan fried noodles (back) and the garlic scallops (front) were the first to arrive.

If you have walked on any street between Escondido and Oceanside, you have probably begun to tire of the countless fast food joints and omnipresent burrito shops. Every corner seems to boast another eatery shelling out identical burgers with “fancy” new names. Fortunately, on 1507 E Valley Parkway, a Chinese restaurant by the name of Star Noodle House offers a refreshing escape from the fast food routine.

Family-owned and operated, Star’s staff is pleasant and attentive. The moment I walked in, the waitress greeted me with a broad smile. The service was quick and polite, and soon we were perusing the menus and sipping our mugs of water.

That’s right. Mugs. Diligently kept full, it was a workout just to lift them for a drink.

Nearly twenty minutes passed to prepare four dishes, but the food was worth the wait. First to arrive were the garlic scallops, which had a strong, savory flavor. The vegetables were well seasoned, though the scallops were a tad overcooked. This was quickly followed up by the star of the show, the house crispy pan fried noodles. Though the salty noodles vaguely reminded me of the oversaturated taste of Top Ramen, the dish really popped with a hint of sriracha sauce. Next was the chicken Lo Mein, which I found lacking in flavor, but a little soy sauce made a big improvement.

Finally came the biggest surprise of all: the Moo Shui. I was skeptical at first, since it looked like nothing more than a bunch of vegetables tucked into a tortilla. What I didn’t expect was the hidden plum sauce packed inside, giving the strange little bundle a light but lovely sweetness.

Overall, my only complaint would be the silence. The room was mostly empty, and without a TV or radio, there was nothing to fill the void but a few hushed conversations and a rather noisy fountain.

Besides the noodles and the more exotic Moo Shui, this restaurant also serves the traditional orange chicken and soups. Most of the items are around the ten-dollar range, though the portions could pretty much feed two. In a town with five Subways and innumerable taco shops, Star Noodle House provides a great way to break the monotony and enjoy some mouthwatering Chinese food.