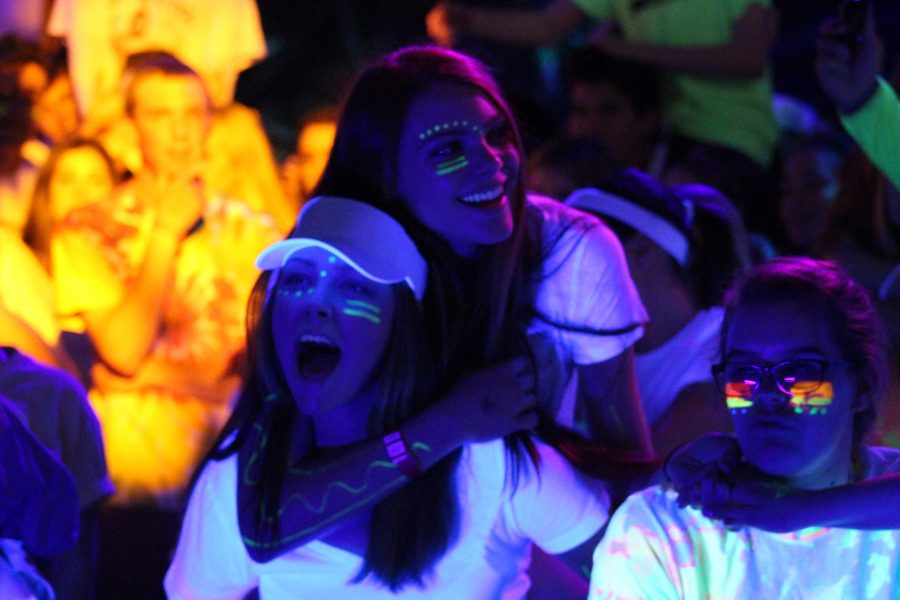 On Feb. 4, students gathered in Caiman Hall for the annual Glow Dance. While this year’s dance did not have a theme like last year’s “Glowback,” it still featured the black lights, glow sticks and colorful costumes that characterize the event, with the addition of a karaoke machine and Italian ice from Rita’s.

Since its debut in 2015, the Glow Dance has become a tradition at Classical, and ASB strove to make this year’s dance live up to expectations. “This year we … wanted to take it back to the original format of ‘glow,’” sophomore and ASB member Aidan Preston said. “It was just a really cool idea that we have a casual dance that would be overall super cool, super fun and super casual.”

For many students, the best part of the Glow Dance is the casual atmosphere, a refreshing break from the formality of Homecoming and Prom. “I like Glow Dance; it’s not as formal, and you can go crazy and have fun,” junior Peter John Musselman said. “Homecoming is fun, but it can get stressful.”

Although many students, like freshman Sophie Pelling, “still like Homecoming more because it’s so much more of a big deal,” many appreciate the smaller scale and relaxed atmosphere of the Glow Dance. “I like that it’s smaller than Homecoming, so it’s not as crowded … You don’t have to get ready. There’s no pressure at all and you can just have fun with your friends,” sophomore Quinlynn Doval said.

Students also enjoyed the setup of the dance. “[Glow Dance has] better dancing and [I like] the colors,” freshman Mackenzie Trask said. “I like the decorations. I like the glow-in-the-dark stick thingies hanging from the lights. That was really cool.”

Others, like freshman Jaden Welsh, appreciated the addition of the Italian ice, “which help[ed] me cool down from dancing.”

Whether it was the shaved ice, the colorful decorations or the casual tone, this year’s Glow Dance had something fun for everybody.