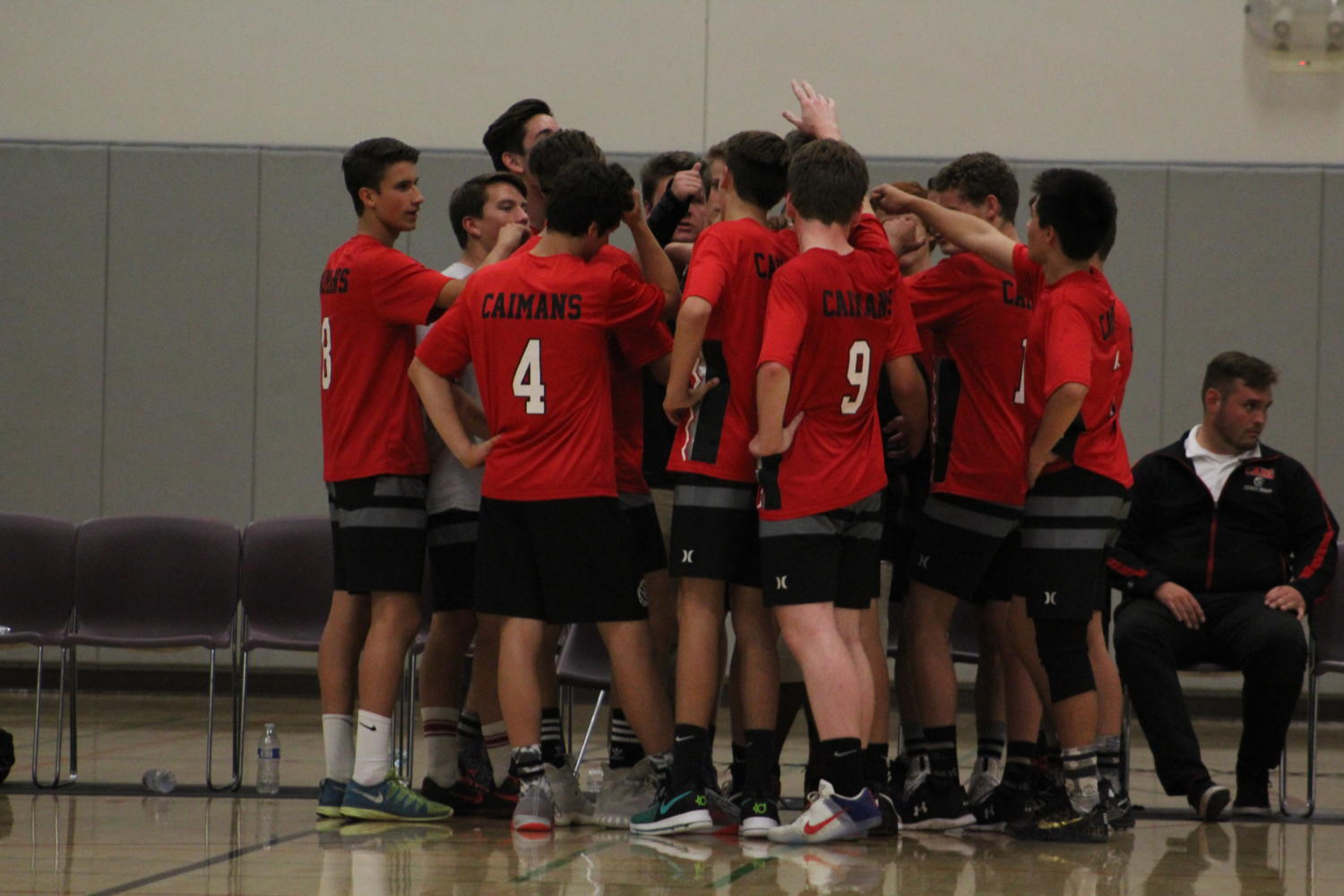 The team huddles up before heading out onto the court. Photo taken by Aubrey Gehman.

On May 16, the Boys Varsity Volleyball team faced off against Vincent Memorial in the make-it-or-break-it CIF semifinal match that would define the end of the team’s season.

However, this did not prevent the team from feeling optimistic and prepared.“I felt pretty confident about our team’s abilities because in this whole week of practice and last week was super solid,” sophomore player Aidan Sutherlin said, about his pregame thoughts.

The first game of the match flew by in just over 10 minutes, with the Caimans triumphing 25-8 over Vincent Memorial. The other two games also resulted in wins for the Caimans, allowing them to proceed to the CIF final game.

Although this was expected by the players, they needed to show they were worthy to move on in the playoffs. “We had to prove that we could execute our game plan and fine tune everything before the finals, which is … most important,” sophomore and middle hitter Aaron Packer said.

To ensure their success in the finals game, the Caimans studied their next opponent, Del Lago Academy, closely. According to Packer, the team had been practicing specifically for the upcoming game, “[We’ve been] preparing specifically for the team we’re playing, since we know … their tendencies and their players. We can prepare really specifically with a lot of details on fine tuning our offense and defense to cater to the team,” Packer said.

Going into this game, teamwork was very important in order to claim the title of CIF Division IV champions. “We’ve had games where we’ve played as individuals and we try to show off … those are the games that a lot of times we’ve lost,” Packer said. “The outcome is never as good as it could be as when we’re playing all together.”

Update: The team went on to win the finals game and became the Division IV champions. Congratulations!!