Is “Bohemian Rhapsody” Worthy of Royalty? 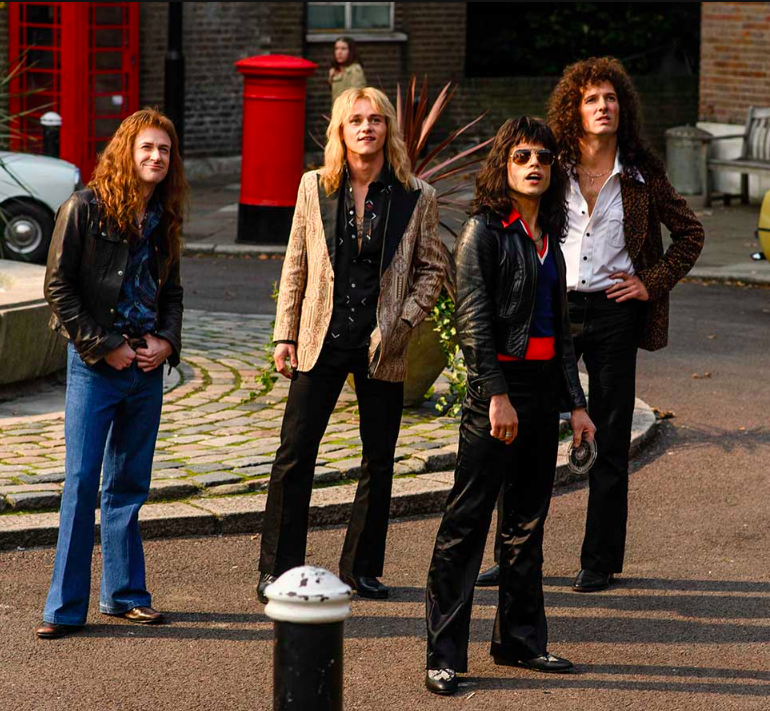 From the Fox Movies official website for "Bohemian Rhapsody," a still from the movie picturing the band Queen.

“Bohemian Rhapsody” is a new movie that depicts the lives of Brian May, Roger Taylor, John Deacon and Freddie Mercury, best known as the band Queen. Announced at the 2018 Electronic Entertainment Expo (E3), it immediately caused a lot of excitement in Queen fans, including myself.

Following its release on Nov. 2, an interesting phenomenon took place: professional critics from IMDb gave it an 84 percent, while the public reviews on Rotten Tomatoes only got 60 percent.

Personally, I would have given the movie around 80 percent, since the movie was very entertaining, but it wasn’t a show stopper. There have been some movies that really shocked me; for instance, the 2017 movie Victoria and Abdul amazed me with just a third of the budget of “Bohemian Rhapsody”. “Bohemian Rhapsody” had the potential to be better with a few minor changes.

The main reason for the large difference between critics’ and popular reviews could be due to the fact that it wasn’t what people expected when they watched the trailers. For instance, the trailer really focused on the music, but most of the movie focused on the behind-the-scenes aspect of the band, such as their interpersonal dynamic.

While watching the movie, I noticed a lot of subtle details that almost made the movie hard to watch. One of the earlier scenes in the movie shows Freddie Mercury meeting a band who loses their lead singer. The remaining band members are named Brian May, Roger Taylor and John Deacon. Mercury asks the remaining members if he can join their band, and they accept his offer. In the first show, Mercury stumbles all around the stage and makes the whole scene a very cringey moment. Although it was real to life, the scene expressed the audience’s initial reaction to a new lead singer, and they did not like the changes he brought.

“Bohemian Rhapsody” gave the viewers a lot of emotion that the critics tend to look for, although it most likely was not what people wanted to watch because of the awkwardness. This was very hard to watch but didn’t completely ruin the movie for me.

In addition, although the movie stated that Mercury had AIDS, it never showed any scenes of Mercury’s death or what happened to the band after his death. That omission may have confused a lot of viewers, but is actually because the movie is supposed to be a documentary on the band and not just Mercury.

Although there were rough parts of the movie, there were also incredible moments as well. One of the better scenes in the movie was towards the end where it depicted Mercury’s struggle against a disease he knows he will succumb to and putting on a great show for a football stadium filled with fans. This was a very tear-jerking moment for a lot of fans and was an overall amazing scene.