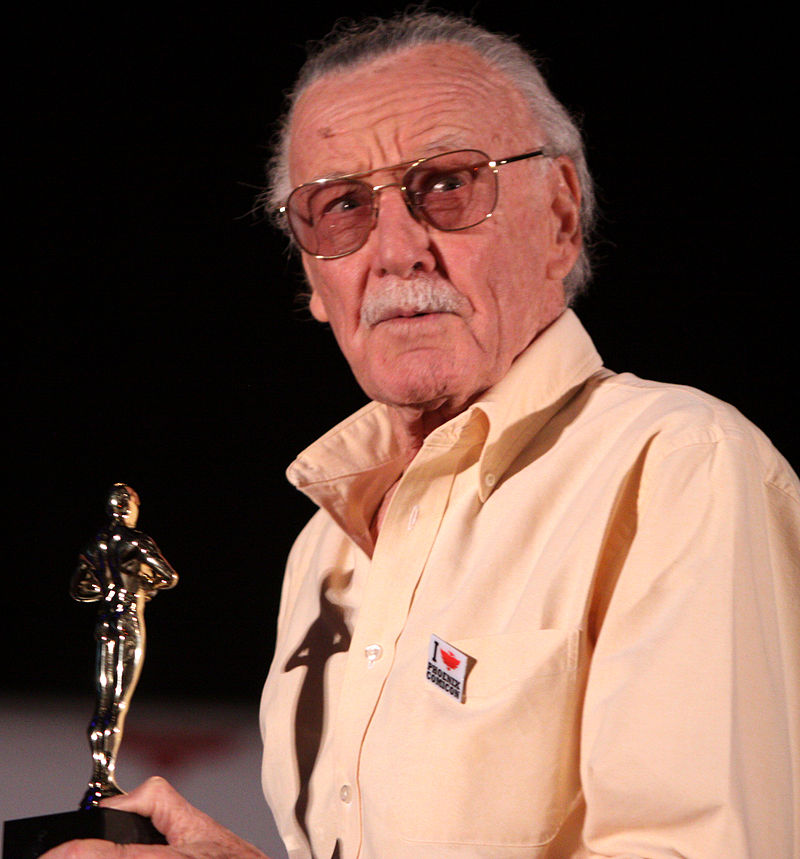 2018 has been a sad year for many as we say goodbye to several well-known celebrities and legends that passed away. This includes Aretha Franklin, Xxxtentacion, Stefan Karl, Stephen Hillenburg, Stan Lee and many more iconic figures.

Kids all over the world grew up watching SpongeBob SquarePants. It is considered to be one of the most popular cartoons of all time. Stephen Hillenburg was not only the creator, but also the director, producer, and writer of the show. He began as a marine biology teacher, and the creatures he cultivated as learning tools inspired him to create SpongeBob SquarePants, which debuted on May 1, 1999.

The show went on to win many awards and became fifth-highest grossing animated TV adaptation ever. Hillenburg ended up with a net worth of 120 million, so you could say he hit the jackpot with his lovable, witty cartoon. Sadly, Hillenburg died on November 26, 2018 due to a battle with Lou Gehrig’s disease.

Many were sad to see Hillenburg pass away. “[He] made a bunch of people happy with SpongeBob.” said freshman Christian Forehand, who’s a fan of the show.

Everyone’s heard of the comic superheroes Spiderman, Iron Man, and Thor. Stan Lee was world renowned for the dozens of superheroes he created for Marvel. His career began as an assistant for Timely Comics, which would eventually become Marvel Comics. He spent over three years refilling inkwells and proofreading. Then in 1942 Lee joined the Signal Corps in the United States Army. But even while he was serving, he was still loyal to his craft. Every week he would get a letter from Timely, telling him what needed to be written. After he left the Army and went back to working at Timely, his position began to grow and soon he was putin charge of creating a whole new team of superheroes. From then on he was known as the public face of Marvel Comics. He lived a long happy life until his death on November 12, 2018. “He was a really good artist and a really big part of my childhood,” sophomore Maya Sorvala said.

The death of upcoming rap artist Xxxtentacion came as a shock to many. His music career started when he was not in the best place in life, having started music just after being released from a Juvenile Detention Center. He began sharing his music to

SoundCloud and within four years his songs were in the top 5 of the US Billboard 200. His sad, depressing, and sometimes explicit themes in his songs brought in a wide audience of listeners, mainly being teens. His popularity was rapidly rising, though there was some controversy regarding his past personal life. Sadly though, on June 18, 2018 he was shot and killed during a robbery at a motorcycle dealership at the age of 20. Many were shocked that somebody with so much promise for success would have to die so young. “The reason why everybody was so sad about his death is that he was young, and he had a lot of potential.” Said Cyrus Mak, freshman. It is said his legacy will live on in his music and some of his songs are still in the US Billboard 200.

Losing a legend is difficult whether they’ve been idolized since childhood or if they’re a new influence on one’s life. But the ones lost in 2018 have legacies that will live on forever, and impact future generations. The names Stan Lee, Stephen Hillenburg, Xxxtentacion and many will go down in history and be remembered for years to come.