Me Tight Pirate Pants: A voyage into a cryptic song from my childhood 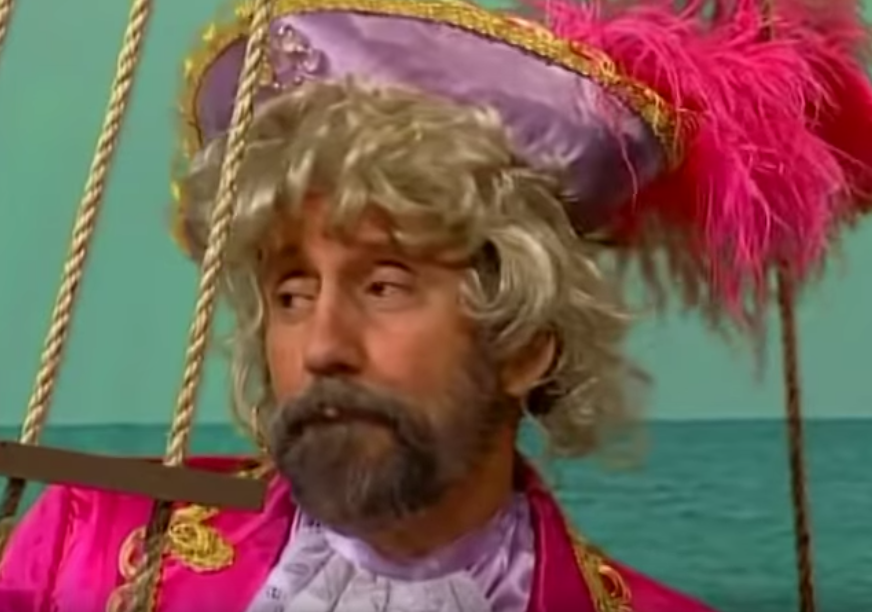 For as long as I can remember, this song has been stuck in my head, a constant part of my being that I have occasionally found myself humming softly. I believed it to be an actual song from “The Pirates of Penzance” until common sense took over. Why would they be singing about Pirates of Penzance IN “the Pirates of Penzance?” Still, I certainly really didn’t question it until about two years ago, when I said to myself, “hey, where the heck did this song ACTUALLY come from, and why is it in my head?”

A quick Google search of the lyrics I could remember led me to a Youtube video entitled “The Pirate Song” by Ray Stevens. After watching the video in its entirety and finding that I knew almost every lyric despite having no recollection of watching it, the comments section proved to be instrumental in figuring out why this song was forced into my brain without permission. Many commenters described a similar experience to mine, having the song in their head for years until they Googled the lyrics and were led to this video.

I am not in my thirties, nor do I have any idea about “It’s Me Again Margaret” or “When the Squirrel Went Berserk.” I truly don’t even have an idea of who Ray Stevens is. However, I decided that the only solution was that my parents *must* have had that album, and I *must* have listened to it countless times, right? I mean, this song has been stuck in my head basically since birth.

As it turned out, however,  neither of my parents had any recollection of having owned that album, or of that song at all. So, its origins, at least for me, still remain a mystery that may never come to fruition on this Earth. Perhaps it was on a CD of children’s songs that my mom played for me in the car. Or, perhaps, I, and others, am part of a huge database whose purpose is to implant that song into young, impressionable minds until they either a.) succumb to the madness that is not knowing, or b.) write their swan song article about it for their school newspaper.

In the middle of class one day, I found myself suddenly summoned. “Paige! I was talking to Steven, and he knows that dumb song you’re always talking about!”

I somehow knew exactly what she was talking about. I made up my mind that I had to interview him ASAP.

After I sang a short excerpt to him, senior Steven Fuson was smiling and nodding his head.

“Yeah, my aunt showed [that song] to me and my cousins when I was a little kid … I just remember growing up with the song. She always played it when we got in the car,” Fuson said. Although he had never seen the delightful video that accompanies the song, he recalls that it has been stuck in his head “since [he] was like five.”

True that. True. That. I told him that I found it comforting to find someone else with this shared experience, and I mused that we very well may be the only two in this whole school. And although I may never uncover the real reason of why “The Pirate Song” has been playing on a near-continuous loop in my head since birth, I know that I am a better person because of it.