Minor to Major: A Look Inside the Expanding Jam Club 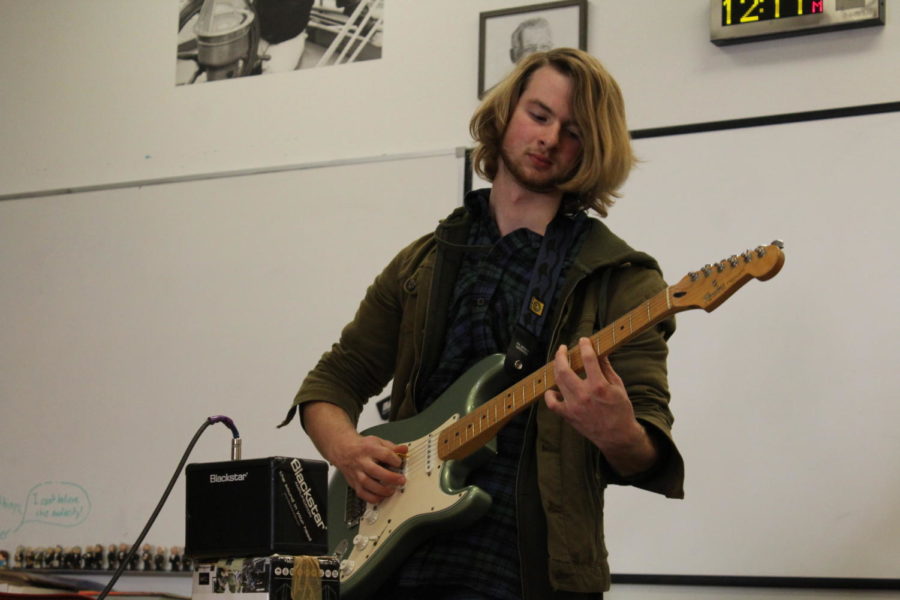 Jam Club meets Wednesdays and Fridays in Mr. Montgomery’s room. Junior Rowan Peters founded the music collaboration-based club. “If you like music, you should join because getting better at music makes music more fun.”

According to Peters, improvisation is key. “Improvisation is a massive part of modern music, especially in rock, so that takes a lot of practice.” Improvisation is playing notes out of air, as in, not from any particular song and with nothing to base it off of. It’s also an important part of composing an actual piece, as a unique melody is key for a song.

The club originally started when Peters grew tired of playing by himself. “I ended up playing in what used to be Mills’ room every day my freshman year, and no one else was there … It was very boring and lonely so … [I invited] other people,” Peters said.

This collaboration soon formed into an official club. “When my friend Rowan joined band last year we became friends, and he was starting a club and then told me about it,” sophomore Jackson Dulaney said. “I’ve always enjoyed music… Music’s always been kind of my favorite so it was a lot of fun.”

Some members joined with no experience and learned how to play an instrument with help from the club members. “I had no music experience until a couple of weeks ago,” junior Cooper Murphy said. “A lot of my friends happened to be in the club … For the longest time until this year I wasn’t playing an instrument— I was hanging out with them.”

“[The environment is] pretty casual, they’d pretty much take anyone,” Murphy said. Jam Club welcomes anyone who wants to learn how to play music or wants a place to practice their musical talents.

To its members, Jam Club is a wonderful celebration of everything a band stands for, collaboration and greatness through working with each other.