“Schooled” excels as a spin-off, but leaves some returning fans wanting a sequel instead 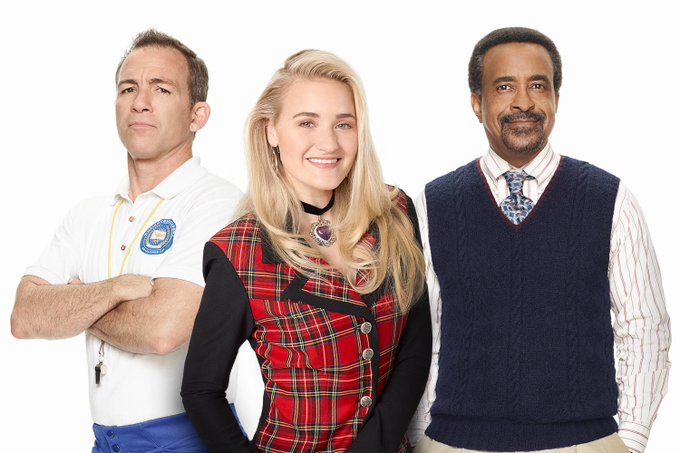 So far, the only member of the Goldberg family to make an appearance has been Beverly Goldberg, though her role was minor. While this series does not focus completely on the Goldbergs, other characters may make a return due to their connections with William Penn and Lainey herself. In fact, Barry has been confirmed to make an appearance during season one. During the events of “The Goldbergs,” Barry and Lainey had a relationship that eventually ended, and the revisiting of that relationship is something many fans want to see.

The character development of Coach Mellor was one of the most satisfying parts of the first episodes. Due to his strange quirks but many loveable aspects, it’s refreshing to see him being developed with his own plot arc, which happened very rarely on “The Goldbergs” without it being tied in with the main characters. The new characters are equally appealing, and they fit well into the returning cast.

While “The Goldbergs” had a reasonable timeline, one might expect “Schooled” to be more chaotic; however, this turned out to be completely false. “Schooled” shows character development just as “The Goldbergs” did, and the development feels especially meaningful since the events unfolding are not as far-fetched as one might assume. Many of the comical and unrealistic aspects come from the characters themselves, instead of the environment. (With the exception of someone with no degree— Lainey— given a teaching job, but we’ll ignore that for now.)

“Schooled” feels like a spin-off, but also separate enough to be understandable without having seen “The Goldbergs.” I hope to see more references to “The Goldbergs,” however, and I’m sure many fans feel the same. While “Schooled” is a great series on its own, I think many fans will be wishing that they were watching “The Goldbergs” instead, as seeing minor characters take a major role makes you want to see the old main characters that much more. There’s nothing wrong with spin-offs, but fans want to see old characters return and have a role in the plot, even if it’s a minor one.

In conclusion, “Schooled” is a great series on its own, but as a spinoff, it feels like it’s missing something, and the further inclusion of the Goldberg family as minor characters wouldn’t degrade “Schooled,” but rather make it feel whole and help tie things up with “The Goldbergs.” The development of previously minor characters is a strong suit of the series, but the previous main characters don’t need to be limited to simply small surprise appearances. “Schooled” doesn’t need to turn into a direct sequel to involve their old characters, and should involve them, but keep the spotlight on the previously minor characters, which the show writers might already be planning on.

Unlike some fans, I’m happy with a spinoff rather than a sequel, but I would enjoy seeing the main characters have a role in the plot, as long as it isn’t at the expense of the development arcs already set into motion.