Red vs. Black Spirit Week: A Recap with ASB Seniors 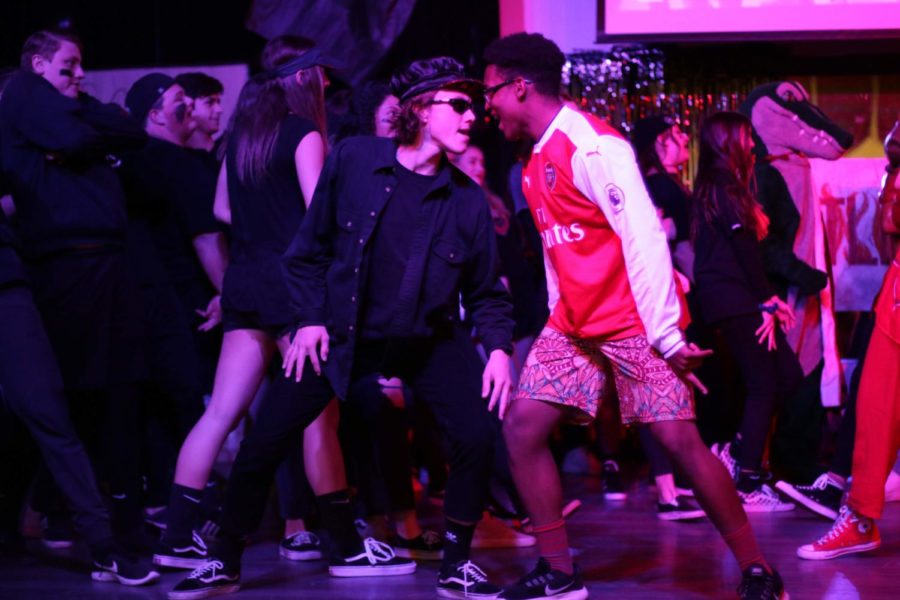 Tuesday, Mar. 5 through Friday, Mar. 8, the students at CAHS divided into red and black teams in the Battle of the Caimans. But how seriously do ASB students take spirit days? ASB members and seniors Cassidy Nelson, Cody Cavalle and Nasser Jones have stories to tell from past and present spirit days.

Nelson showed up to our interview with dramatic eyeshadow and a colorful jacket on one of the flashier spirit days, the Black Team’s ‘80s Day. She went on to describe her experience with another flashy spirit day— Royalty Day— from last year. “I bought this 99 cent princess dress and I’m pretty sure it was made of plastic … but I wore it to school with a plastic crown, and I got to pretend that I was higher than everyone for the day.”

Cavalle and Jones arrived sporting equally bright attire, Jones sporting a holographic jacket. They both agreed on their favorite spirit day—goth day. Cavalle enjoyed it because he and his friends “all act goth as well,” which he said shouldn’t have been entertaining, but was “funny when … doing it for fun.”

And I think we all can relate to that.

Similarly, Nelson and Cavalle related to each others’ dream of having a Meme Day at our school. “We thought about doing Meme Day… I see a lot of Instagram photos about that, but you basically pick a meme and dress up as it, but I think that would be so funny,” she said. However, she thinks that Meme Day might receive “positive and negative feedback, which seems to be what it always is.”