Looking Back at Varsity Boys Basketball 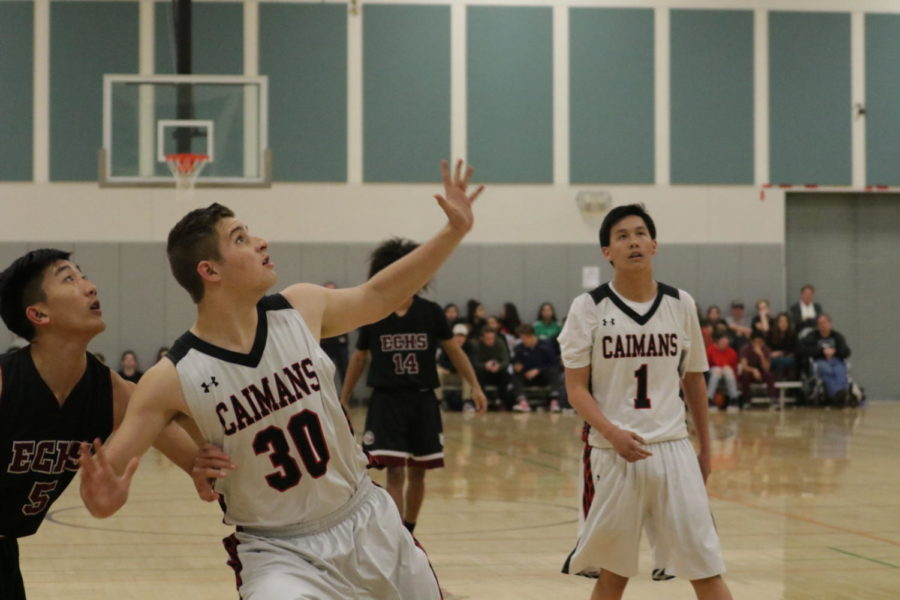 The blackout game on Feb. 8 was the last game of the season for Varsity Boys Basketball. They lost the game by one point, but for the seniors, this final game gave them an opportunity to look back on what they learned and the experiences they had while playing.

In their four years of playing basketball, seniors Justin Choy (1), Jake Melton (30) and John Melton (32) were able to share moments with their brothers, as they all had siblings on the team with them. “[Playing with] my brother— the fact that we were able to do it together— was really important for both of us, because we have memories now that we wouldn’t have if we didn’t play together,” Jake Melton said.

As a senior, Justin Choy stepped into the leadership role of last year’s seniors to continue teaching the knowledge he learned from them. “Seeing our seniors last year and just trying to improve on that … someone needed to step up into that role and I felt like being on the basketball team for so long it was time to step up and just be a leader for everyone else and show them how we need to control ourselves,” Choy said.

The end of the season is bringing up some sad moments, as they graduate and leave their teammates. “[I’ll miss] my teammates— getting to hang out with those guys, before practice, after practice,” Choy said.

Basketball left a lasting impression on the seniors, with the bonds they created with their teammates. “Just making the connection with friends and … creating those friendships that you have that can last,” Choy said.