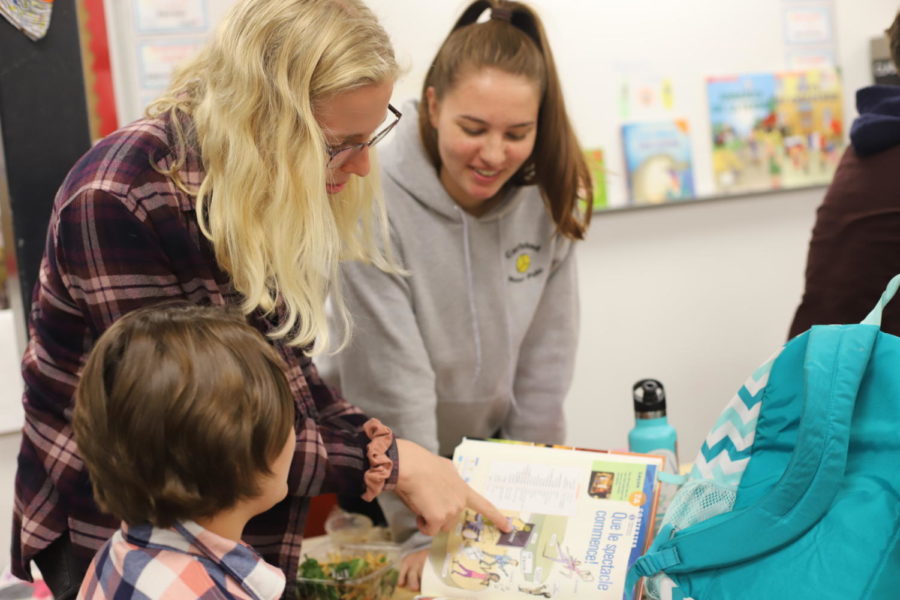 Every Thursday in Madame Sarah Mills’ classroom, a French Club comes together to read, speak and overall, learn more about french. The club was developed by the president, junior Grace Carlson, and her Vice President, junior Ethan Aroco. “We wanted to continue learning french even though there wasn’t an AP French course so we decided to band together and form this club so we can continue to be together and learn french,” Carlson said.

The club provides a way to learn french that is more lax and less strict than the class. Members watch movies with French subtitles and read from a practice book, much like the class; however they often work on beginner practices to ensure that “everyone’s hearing the same thing [and] everyone’s able to talk to each other,” Carlson said.

Although some members come to French Club in order to learn more of the language, others come to make friends with people that have the same passions as them. In fact, Carlson’s “favorite part of French Club is really seeing all the friends [she’s] made over the course of [her] french class experience and being able to get better and improve [her] french with them.”

French Club is also open to people who haven’t taken any french classes but still want to learn the language. Members without any experience, such as junior Sophie Pelling, have found that the club was an easy and relaxed way to learn french. “It’s been fun doing the reader’s theater and we can read it out loud in french and I definitely learned how to pronounce things from that,” Pelling said.

Whether you have taken years of french classes or haven’t heard a word of the language, French Club is an inclusive place for all everybody who has a passion for French. “It can’t be bad to learn another language,” Carlson said. “You get to learn about new groups of people [and] you get to have a better understanding of the world.”