Is “IT Chapter Two” a Clown of a Movie? 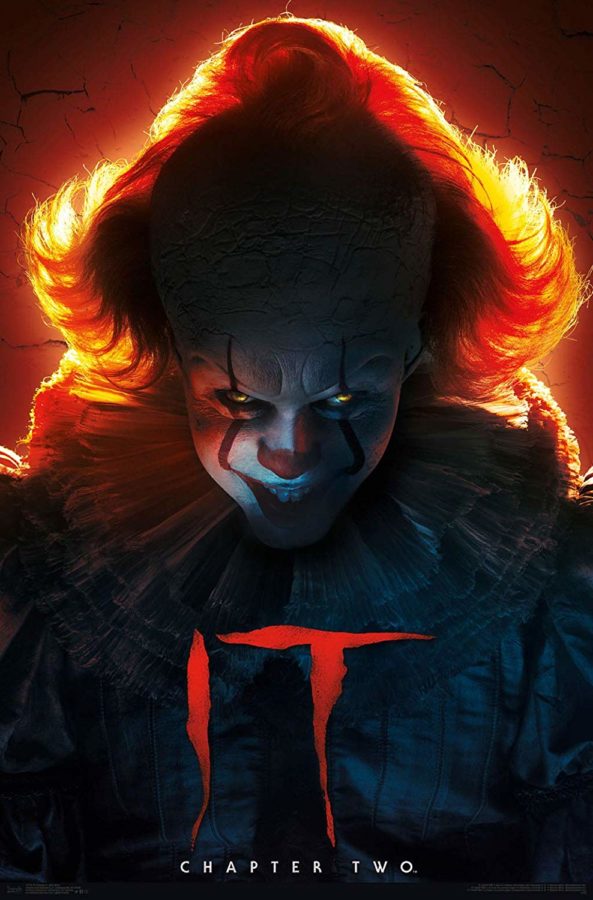 IT Chapter Two is the second movie in a two part series that depicts the characters of the first movie, 27 years later. The group of characters known as the Losers Club have to face their fears and finally put a stop to their childhood nightmare. IT Chapter Two was produced by New Line Cinema and Vertigo Entertainment. New Line Cinema is mainly known for producing the Hobbit series which definitely aided in the storytelling of IT Chapter Two. Vertigo Entertainment on the other hand is primarily focused on producing horror movies such as the 2017 remake of The Rings. The movie was OK at best with a lot of things to work on.

Like many sequels, IT 2 received worse ratings than the first movie: 62% from Rotten Tomatoes compared to an 86% they gave the first. Although this could be solely due to it being a sequel, there are many other reasons why it could have received bad ratings.

For starters, although the movie had a clear plot, the smaller points were not explained very well. For example, when Mike calls all his friends back to their hometown because IT has returned, none of them trust him when he unveils that they need to go and kill IT. They treat the whole situation like the events of the original movie never happened. The only explanation that the movie gives the viewers is that the character’s memory is “hazy”. I was very confused by this while watching the movie because the events of the first IT were life threatening and traumatic for the characters.

Another problem I had was the sheer randomness of the events in the movie. An example of this is the scene where Beverly goes to her old apartment that she lived in with her dad and has to defend herself against IT, who has taken the form of a demented old lady. Although this scene added in parts which made it clear that she was still dealing with the trauma of being abused by her father, the old lady added almost nothing towards the story of the movie and seemed more like filler content.

The last problem I had with this movie wasn’t with the story but rather the cinematography. At the end of the movie, there is a blue light rapidly flashing for about 15 minutes. The most it did was give me a pretty good headache and some eyestrain. This is very concerning, however, to people who have more sensitive eyes than myself. I feel that there should be some kind of warning at the start of the movie that tells people there could be a chance of eye damage.

Although there were a lot of bad things to say about this movie there were definitely some good parts mixed in as well. For instance the actors did an amazing job depicting the older characters and their struggles as adults. The horror also got an improvement from the first film, as it made me jump a few times.

Many critics such as the Los Angeles Times gave this movie anywhere between 60 and 40%. I would personally give it a 55% as it wasn’t the worst movie I’ve ever seen however it has a long way from becoming the best.

In conclusion, this movie is not much to rave about and if I were you, I would not waste my money on it if I was looking for a great storytelling movie. On the other hand, if you’re looking for some good horror this might be the movie for you.