Does Disney+ Add Up? 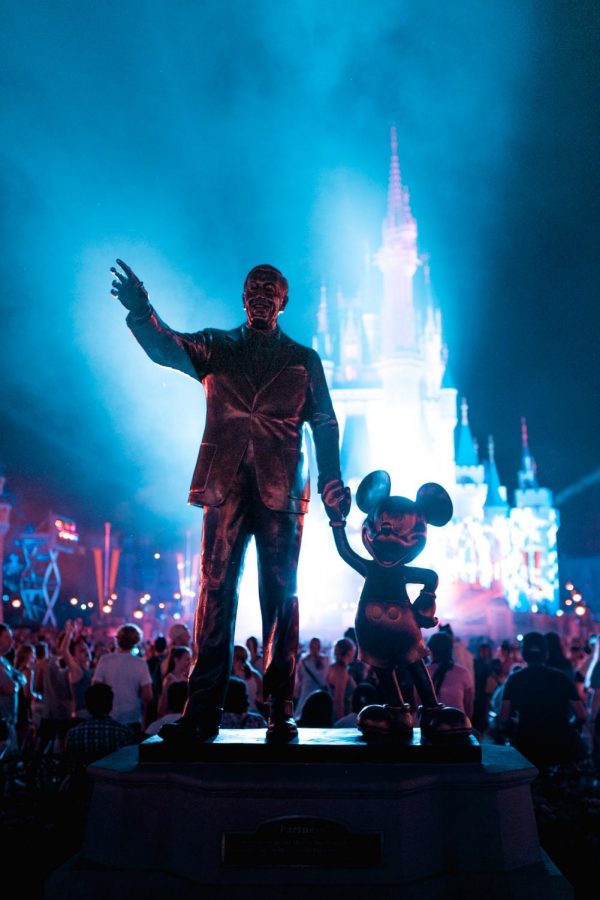 Photo by Kenrick Mills on Unsplash

On Nov 12, Disney released its own streaming service known as Disney+. Due to the excitement on the first day of release, the number of people signing up caused the system to crash. Disney+ combines shows and movies all from Disney and Disney-owned franchises: Marvel, Pixar, Star Wars and even National Geographic. From the classics to some new original series, there’s a wide variety of options. But with all of these other streaming services, is Disney+ really worth it, or should you just stick to Netflix?

Disney+ costs $6.99 a month  with packages including Hulu and ESPN for $12.99. With Netflix’s most basic plan starting at $8.99, Disney+ already costs less. Four people can use the service at one time and there are seven available profiles for different family members. Netflix offers 5 profiles and only 2 movies or shows can be streamed at once, but this can be changed to four with a more expensive plan. Disney+ can be used on computers, phones, tablets, Chromecast devices, Roku and Sony TVs, XBox One’s and Playstation 4’s. Netflix, on the other hand, can be used on a variety of current and older devices.

Disney+ has several original series and movies available only on Disney+. “The Mandalorian,” based in the Star Wars universe, is set around a bounty hunter mysteriously called the Mandalorian. “Encore!” is hosted by Kristen Bell, the voice of Anna in “Frozen,” and features reunions of high school musical companies who perform their show several years later. “The World According to Jeff Goldblum” follows Jeff Goldblum as he breaks down topics such as sneakers or ice cream. “High School Musical: The Musical: The Series” shows a high school performing High School Musical as the school musical. Original movies include a live action rendition of “Lady and the Tramp” and “Noelle,” a brand new Christmas movie starring Anna Kendrick.

If you’re looking to binge entire seasons of the original series featured on Disney+, it is important to note you may have to wait a while. Shows like “The Mandalorian” and “Encore!” only release one episode per week, unlike Netflix whose shows generally release whole seasons at a time.

Disney+ has a wide selection of Marvel movies with all of the “Iron Man,” “Captain America,” “Avengers” and “Guardians of the Galaxy” movies, along with several others like “Doctor Strange” and “Captain Marvel.” However, there are still several movies missing. Disney+ is holding off on releasing other movies like “Thor: Ragnarok” and “Black Panther” due to existing agreements with other streaming services.  Along with their feature length films, Disney+ offers extras such as deleted scenes and director commentary, even some exclusive deleted scenes on movies like “Avengers: Endgame” that weren’t on the DVD copy.

In addition to movies, you can find many of the Pixar and classic Disney shorts. From “Steamboat Willie” to “Luxo Jr.” to “Bao,” there are shorts from all through the years.

If you’re looking for nostalgia, Disney+ is also home to many of the older Disney Channel shows like “Hannah Montana” or “Wizards of Waverly Place” and movies like the “Camp Rock” series and all three of the “High School Musicals.”

So what’s the verdict? Is the hype for Disney+ really necessary? The truth is: yes, if you’re into Disney. For hardcore Disney fans, getting Disney+ is a no-brainer, but if Disney isn’t your thing, you’re probably not going to be getting the most out of the streaming service. But how does it stack up against Netflix? Disney+ is cheaper, but Netflix offers more variety of films. When it comes down to it, Netflix wins … for now. Since Disney+ is brand new, there’s still a ton of content that hasn’t been added yet. With a little bit more time to work out any bugs and release some more shows and movies, Disney+ could be the biggest streaming service of them all.