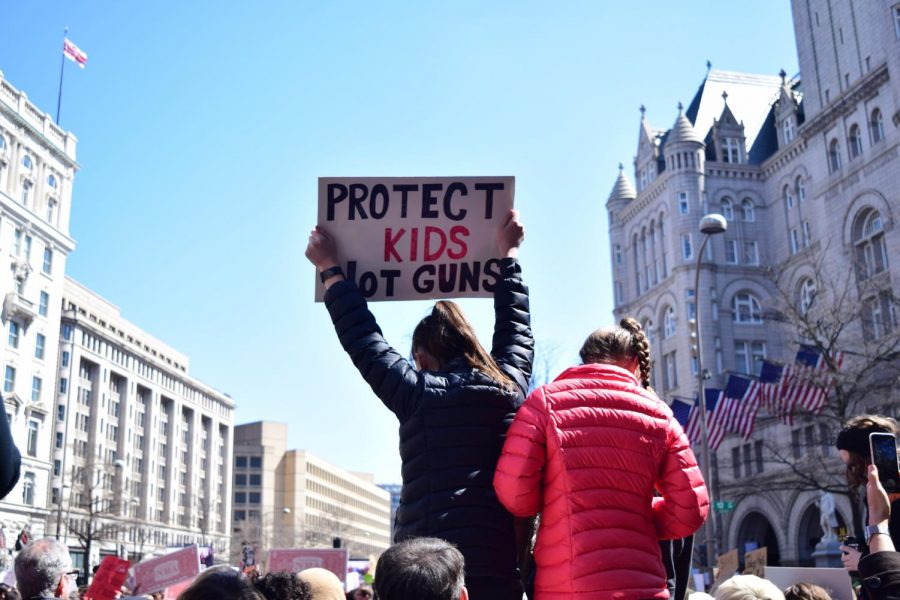 Photo by Tim Mudd on Unsplash

According to Pew Research Center, 57 percent of teens say they are worried about the possibility of a shooting happening at their school, with one-in-four saying they are very worried. Every Thursday students assemble in Ms. Diane Taylor’s classroom to discuss current events and ways their club, Change Makers, can impact CAHS for the better. The club focuses on political, environmental and social issues and hopes to educate fellow students on such topics. In January, the Change Makers club focused on writing a letter addressed to California state representatives concerning gun laws. They are working to collect and include the personal stories of people who were affected by the misuse of guns.

In September, CAHS underwent a school lockdown that brought out many of these fears. “We were … inspired, oddly enough, by the lockdown … we had a couple months ago, because a lot of us did think it was an active shooter,” senior Lillian Broschart said. The lockdown and possible gun threat here at Classical is why Change Makers began brainstorming ways to take action. The Change Makers club works hard every week in hopes to further the conversation surrounding guns among other topics. Freshman River Todd is hoping gun laws can be strengthened. “I want them to put stricter laws on guns [such as] higher age restriction [and] background checks,” Todd said.

The Change Makers are doing their best to make a big impact in a small school. They are striving to make a difference in their community. “We want to have better safety… we’re not trying to take your weapons, we just want to feel safer,” senior Will D’Angelo said. The club decided to take action and began collecting stories of students all across America. Change Makers is compiling all their stories and plan to send it to different state legislatures and leaders in Washington D.C. to show them the need for change. “We want our legislators and our congresspeople to hear our voices,” Broschart said. Club members want to provide a platform for students to share their personal stories with gun violence. The club plans on compiling at least 100 personal stories and sending them to representatives before the end of the school year. “It doesn’t matter if you’re a mile down the road or on the other side of the country. [Gun violence] has these rippling waves and I think [we’re] calling attention to that and hoping some people in positions of power can realize it’s a bigger issue,” Broschart said. The club members plan to send the letters to a range of powerful politicians, from Mitch McConnell to local representatives.

The club has become a place for students to come together and support one another. “Our club was created to create a safe space for students here, so if anybody ever feels like they don’t belong, or don’t fit in that they can always come to our club and have a safe place where they’re accepted for who they are,” senior Brenna Farris said. Whether it’s political, environmental or social issues, the Change Makers club welcomes all Classical Academy students to join their club and take part in making positive changes for our school and community.

If you have a personal story involving gun violence that you would like to share Change Makers has created this Google form: https://docs.google.com/forms/d/e/1FAIpQLSc-CQ-qt8wtbD-nBkwH07F074DTE_VMGiaXIZDwpqHnsnb_Ww/viewform?vc=0&c=0&w=1