Love is How We Heal 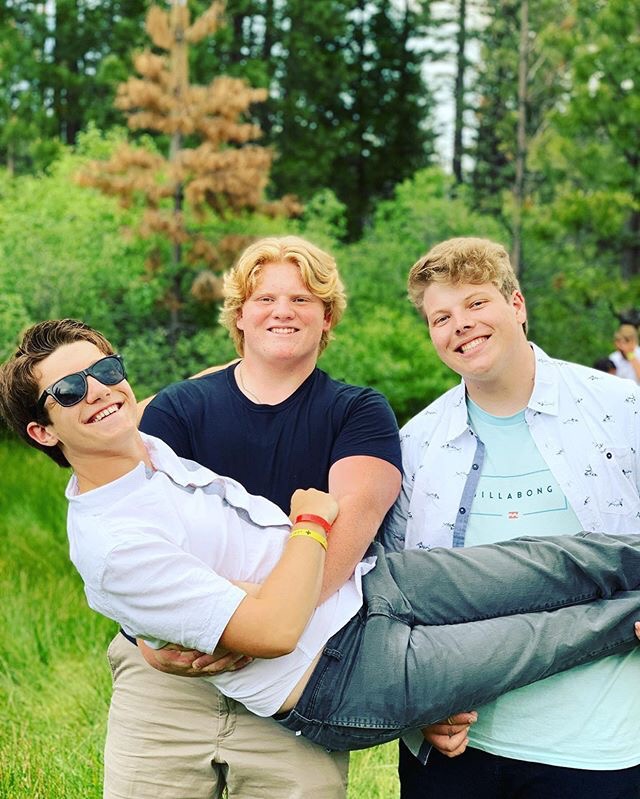 “Love is probably the biggest summary of how we all felt—we loved Jonah so much that it hurt us so much more. And that was just wrecking, because love isn’t always pretty,” James Duncan, best friend of Jonah Staebell, said. And the quarantine orders may be helping their healing too. “I’ve been kind of blessed by [this time of quarantine]. It’s really helped me focus on myself and healing.”

From the moment they heard the news of their friend’s passing there has been a feeling of brotherhood amongst Jonah’s closest friends. “[Luke Mizel] was at my house later that morning waiting for me to wake up…He gave me a big hug and talked to me,” James Duncan shared.

“The support was amazing,” Chris Valverde added. “My phone was blowing up with texts. Everyone texting ‘we love you,’ ‘we’re praying for you,’ ‘we’re here for you.’”

Later, that evening, a prayer vigil held at Emmanuel Faith Community Church in Escondido revealed a raw sadness and shock that permeated the room—but there was also a strong sense of faith and community that enveloped the mourning friends. Present at the event were people Jonah knew including coaches, youth pastors, friends from dance class, teammates, teachers and loads of school classmates. “It felt like I was looking at so many different aspects of Jonah’s life,” close friend Matthew Tillyer said.

Coming back to school was hard. “We were still processing everything…We realized everything that was going on but it didn’t feel real in a sense,” Chris said. “That feeling that we’d lost our best friend wasn’t setting in completely.”

In response, Jonah’s wider group of friends hosted a beach bonfire and upon returning to school, they organized a class ‘walkout’ to honor his life. Classmates, coaches, and teachers gathered to share how Jonah had touched their own lives. Luke Mizel, one of Jonah’s best friends, helped plan these events. “I wanted people to see…how much impact one person on our campus had, the impact he had on [so many], and to show if one person can have that impact, imagine what all of us could do,” he said.

As the close senior friends began to find their new normal in life without Jonah, COVID-19 threw everyone for another unpredictable loop.

While many students have struggled with the new isolating Coronavirus restrictions, the shelter in place orders have created a relieving shelter for these friends and their grief. Despite physical separation, the time to be still, rest and be at home has created a refuge for them to heal together. In fact, the friends say they are closer now than ever before. “I have never talked to these guys so much in my life as we have [now],” Phil Howard shared. Without the usual hustle and bustle of on-campus school activities, playing video games and talking over their microphones has become a new lifeline to one another.

The extended time at home has even given Phil the chance to finish a song he began writing about Jonah. He started writing immediately after the accident with the support of his friend Matthew Tillyer who acted as a sounding board and “a rock [while] writing.” But the distractions of life and school delayed their progress. Quiet isolation and time gave Phil the motivation to sit down and finish the song.

“For me, saying all those words and figuring out how to put them to a tune helped me tune into exactly what I was feeling,” he explained. As quarantine restrictions loosen up, Phil is hoping to work with James on recording and editing the track. “Albert is [probably] going to do vocals for it,” Phil added eagerly.

When talking to Jonah’s friends they consistently remember his generosity. He took people under his wing and loved them, James Duncan shared, whether that was by offering someone a ride, a little money, or a place to stay. CJ Prince fondly remembered a time when Jonah, who lived in Escondido, drove him home to Encinitas from a football game in Escondido simply because they wanted to talk.

Jonah also had a contagious energy and a memorable smile. “He was a captain [of the football team] this year because of the energy that he brought to the team,” Phil remembered. People loved that he was honest, real, humble, and was truly there for his friends no matter what. “He would always go out of his way to just make sure you were good,” Chris Valverde added.

Above all, James says he will remember how Jonah lived by the mantra “your life matters,” and that he, along with many of the others, feel Jonah “passed down the torch to us.” Jonah’s life and love for his friends has inspired them to honor him by continuing to choose love through this tragedy and the next chapters of their lives.

Looking forward to high school commencement, James, Phil, CJ, Chris, Connor, and Albert feel at peace with the non-traditional ceremony that is planned. For those closest to Jonah, walking into graduation without him would feel like a piece of their brotherhood is missing. And so, the not so typical pomp and circumstance feels like an opportunity to honor his life. “Phil actually brought that up in a conversation once and it touched our hearts. It was so real,” James began. “This is our personal way of honoring Jonah. It’s not really an outgoing obvious way to everybody else—but I don’t know if it necessarily needs to be. We’re acknowledging in our hearts that ‘Jonah, man, we love you bro and we’re sitting this one out with you, and we’ll see you soon.’ That’s the most meaningful [way we can honor him].”

Through this time and as they move forward, the friends strive to lean into love and honesty rather than anger or fear. It is apparent to anyone who has been given the privilege to hear their stories that their love for each other and Jonah is the soil where healing is taking place. Additionally, both James and Phil shared how much their relationship with God has played a role in their healing. In particular, God’s grace is the essential element the friends referenced as most restorative.

“I think for me the only thing that has allowed me to heal… [is] knowing that there is grace in God and that even though I did something horrible and I’m responsible for this and so are the other six of us, it’s okay because there’s grace in God,” Phil shared. “For me, if I was going to title this story, it would be ‘Grace is How We Heal.’”